How to Watch Chernobyl in Australia (April 2022 Updated)

If you’re wondering that Breaking Bad is the most top-rated show on IMDB, then you’re totally wrong. It’s not Game of Thrones or The Wire either. Chernobyl is the topmost rated show on IMDB.

Chernobyl is an Original HBO TV series but is also available in Foxtel, Amazon Prime (with HBO add-on), Crave, and Sky Atlantic.

It is a five-part HBO drama that details one of the worst human-made catastrophes in history. Apart from IMDB, it has an impressive 96% rating on Rotten Tomatoes.

Since the TV show is highly praised and most talked about, it begs the question for Australians on ‘how to’ and ‘where to’ watch Chernobyl.

In this guide, I’ll be showing you multiple ways to watch Chernobyl in Australia. 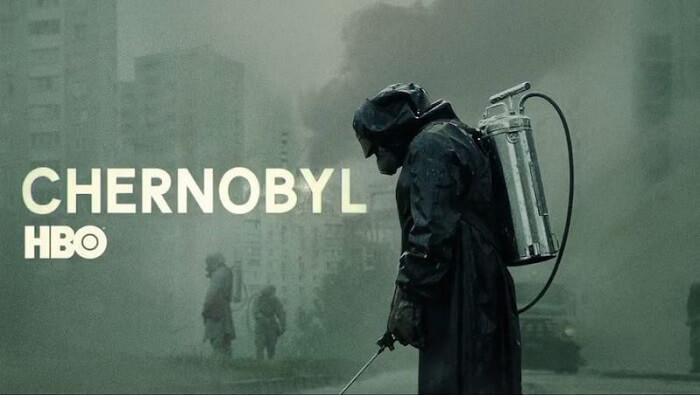 How to Watch Chernobyl in Australia

Good news for Australia! Chernobyl is now available on Foxtel. Assuming that if you don’t have a Foxtel Go subscription, you can get a 10-days Free Trial offered by Foxtel Now.

Step 3: Enter your payment details (You won’t be charged for 10 days)

Other Ways to Watch Chernobyl in Australia

If you’re looking for Foxtel alternatives to watch Chernobyl from Australia, then I’ve got a bunch of website recommendations that can get you your streaming fix.

All of these websites are blocked in Australia though, so you will need to unblock them using a VPN that works in Australia. A VPN will mask your IP address and allow you to access these sites without any problems.

ExpressVPN is my personal favourite VPN. It is one of the most reliable and fastest VPNs around, capable of bypassing geo-blocks with ease. You can get it for AU$9.53/mo (US$ 6.67/mo) only. It works on a wide range of devices, including Windows, Mac, Android, iOS, Smart TV, Fire TV Stick, and more. Oh, and it comes with a 30-day money-back trial.

Once you subscribe to ExpressVPN, here are the options to watch Chernobyl online from Australia:

HBO is the home and the go-to place to watch Chernobyl. In fact, the TV Series was co-produced by HBO and Sky

You can subscribe to HBO for $14.99/month. It should take you around 6 hours to binge-watch all five episodes of Chernobyl. So you don’t even need to pay the full subscription fee and can simply use HBO’s free trial to stream the show.

Read more about how to watch HBO Max in Australia using a VPN.

Crave is another option for people living in Australia or mainly Canada. Although it doesn’t offer a free trial like HBO or Foxtel, they will give you a free additional month if you subscribe to its monthly or annual subscription.

There are different prices and packages but the least one starts at $20 that will allow you to watch Chernobyl.

All 5 episodes are now up at Crave. If you’re watching from Australia, you can get yourself a VPN before you subscribe.

As I said, Sky is the one that co-produced Chernobyl, so it also has the right to stream all of its 5 episodes.

Since Sky is a UK-based streaming service, it is a perfect place for UK viewers to watch Chernobyl. Australian users can download and install a VPN and connect to the UK server and then watch all 5 episodes of Chernobyl.

It is the cheapest of options to watch Chernobyl because Sky Atlantic via NowTV offers a 7-days free trial which is more than enough to catch all the episodes.

Amazon Prime is the least favorite choice for you to watch Chernobyl because you need to first subscribe with Amazon Prime for $12.99/month and then subscribe for the HBO add-on for $14.99/month. This makes it too expensive.

However, it offers an alternative option as well. It gives you an option to buy each Chernobyl episode for $3.99 or buy the entire season with 5 episodes for $9.99 in HD.

The reviews of Chernobyl were totally ecstatic. Have a look at some of the reviews by top critics:

The Guardian: ‘Chernobyl is a masterful television, as stunning as it is gripping, and it is relentless in its awful tension, refusing t let go even for a second.’

Variety: ‘The stark contrast between this kind of courage versus the cravenness of every stubborn bureaucrat who stood in clarity’s way is what makes “Chernobyl” as chilling as it is essential.’

Times of India: ‘Chernobyl captures the devastation and tells a grim story in an engaging manner, that keeps the audience hooked to the show till the end.’

LA Times: ‘Chernobyl is a riveting drama that’s full of payoffs. It’s a thoroughly researched account of an event that’s still misunderstood, and it captures the sacrifices made by the Russian people.’

Chernobyl is a must-watch mini-series by HBO and Sky, and it tells you every bit of detail you want to know of what happened with the worst human-made catastrophes in the world.

It has 5 episodes and it takes about 5 hrs and 31 minutes to complete the entire show. If you’re living in Australia or in other parts of the world, I have highlighted many ways to watch Chernobyl.

Since it is regarded as the top-rated TV show of all-time, make sure you watch it however you like. I have laid out many options but you can choose the one that is cheaper and streams in HD.