Best Indigenous Content to Watch on Netflix this NAIDOC Week 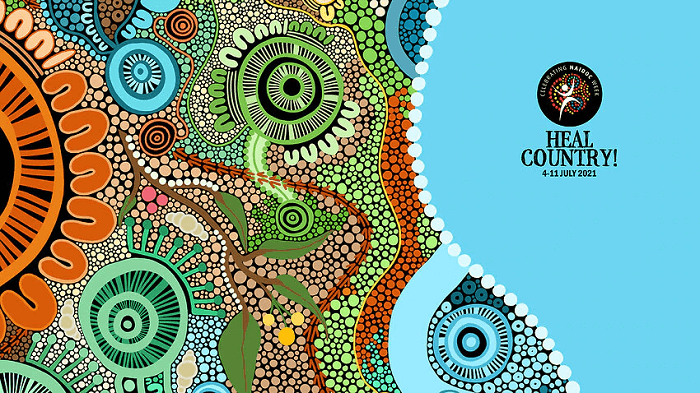 The NAIDOC 2021 week will be held from Sunday i.e. 4th July to Sunday 11th July. This year NAIDOC will be celebrated following the theme, Heal Country that emphasizes the importance of supporting the fundamental rights of Aboriginal peoples and Torres Strait Islanders.

Moreover, people residing in Australia no matter from which ethnicity or culture they belong should join hands with Aboriginal peoples in protecting their lands, sacred places and cultural heritage against any kind of exploitation and destruction.

In addition, they must respect and acknowledge the cultural values, norms and traditions of Aboriginal peoples and Torres Strait Islanders accordingly.

Coming back to the point, Australians can watch a plethora of indigenous TV shows and movies on their screens to make NAIDOC week 2021 memorable.

Here is the list that includes some of the best shows and movies you can stream on Netflix ANZ:

Netflix aside, you can also stream indigenous content on different streaming platforms like NITV and SBS On Demand including:

Apart from Netflix, NITV, and SBS On Demand, you can rely on other streaming channels and services such as ABC and ABC iview to watch famous indigenous content on a wide range of devices.

Satellite Boy is an excellent film that suits NAIDOC week theme i.e. heal country to a certain extent. According to the storyline of this movie, a 12 year old boy along with his best friend tries to save his land from the local coal mining company.

The film depicts the significance of culture, human values, and right of expression in a convincing manner. You can watch Satellite Boy using your official Australian Netflix account.

Wrong Kind of Black is another impressive film that revolves around the life of a famous activist and educator Boori Monty Pryor. Furthermore, the movie shows the 1970 era in terms of culture and social norms  in which Pryor was considered as one of the best DJs residing in Melbourne, Australia.

You can watch this movie on Netflix on your desired devices without any hassle.

Sweet Country is a famous film based on different genres like drama, historical fiction, adventure, and thriller. The film portrays the story of an Aboriginal man who kills a white man in self-defence and starts living his life in anonymity after the incident.

If you want to watch this epic, use your official SBS On Demand account.

Dark Place is an ideal film for viewers who want to watch movies based on horror, suspense, and thriller genres.  If you wish to watch movies made by Aboriginal and Torres Strait Island filmmakers, you should watch Dark Place.

The film is available for streaming on ABC iview that shows different short horror movies in one place.

Our Law is a short documentary film that explains the story of first ever indigenous police station managed by Aboriginal and Torres Strait Island peoples.

Additionally, the film has highlighted different issues like racial discrimination, social injustice, etc. that have negatively impacted the lives of common indigenous peoples.

Interestingly, you can watch Our Law on ABC iview and Netflix both on desktops, laptops, mobile devices, Smart TVs, and other devices depending on your choice.

The National NAIDOC Awards help Australian people understand the efforts and contributions of those individual who have dedicated their talents, knowledge, and lives to the First Nation peoples.

Unfortunately, The National NAIDOC 2021 Awards ceremony has been cancelled due to the ongoing COVID-19 crisis.

We expect that you would have liked our guide that helps you to celebrate this NAIDOC week in the right spirit alongside your loved ones by watching some impressive shows, movies and documentaries.

As already explained, NAIDOC week 2021 will take place from 4th July to 11th July. Therefore, it is high time all Australians should support this noble cause and acknowledge the efforts and achievement of Aboriginal and Torres Strait Islander peoples.

Feel free to share your feedback or the experience  regrading NAIDOC week 2021 in the comments section below.