With this sudden rise of interest in Japanese anime, people are curiously looking for top anime streaming sites. While the internet is filled with outstanding sites in this genre, most of them are laden with ads and are just not up to the work when it comes to user experience. Below listed are some excellent, free anime streaming sites that you must check out. 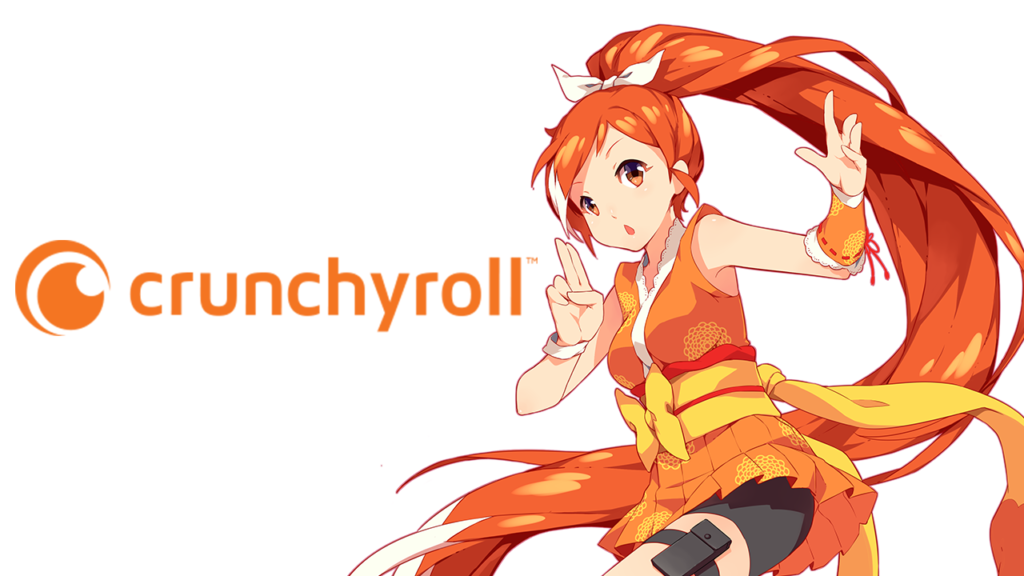 Crunchyroll without a doubt one of the best anime streaming sites out there. It is free of cost platform which is super easy to navigate through. Crunchyroll has a variety of popular shows, dramas, and films. On this site, you will rarely find a dubbed anime. They mostly have subtitles to the original audio saving the real essence of the shows.

For watching anime at a higher resolution, a premium version is available. The subscription rates are $7.99, AU$7.99, £7.99. Newly launched content is uploaded on the website pretty quickly so you do not have to wait and sit around to access your favorite shows.

Crunchyroll has a strong algorithm, which sorts the episodes in a way that the latest launches are shown at the front. Crunchyroll is one of the best anime streaming services and is way ahead of its competition.

Funimation is a worthy mention in the list of Anime streaming sites Australia. The site has an abundance of dubbed anime shows. They prefer dubbing the Japanese animes rather than using subtitles for the suited audience. Funimation is one of the top anime streaming sites for people who want to access premium content without having to pay for it. Funimation also has affordable subscription plans for watching high-resolution videos with a two-week free trial with each plan. After the free trial, you can opt for any plan of your choice to continue using this site. The subscription rates are $5.99, £4.99, and AU$5.99 monthly. 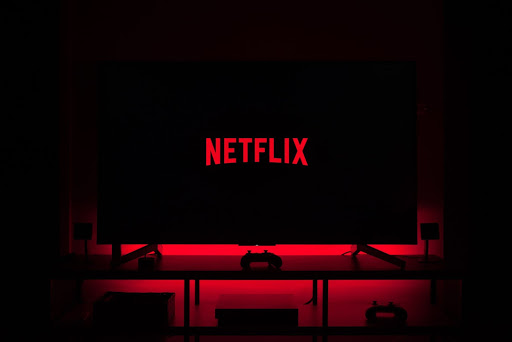 Everybody is familiar with Netflix. Most people already use it for watching their favorite shows. Many people pay monthly subscriptions to watch the series and latest movies on Netflix. Netflix allows an option to the viewers, whether they want to go by the audio or want subtitles. This feature makes it easy for anime lovers to watch their shows according to their choices.

Netflix is among the good anime streaming sites available although you won’t be able to access all episodes or complete anime series due to licensing costs and other issues. Attack of Titan has only three seasons on Netflix.

You can access many classic animes from worldwide at affordable prices. Netflix’s monthly subscription plans start from $8.99, £5.99, and AU$9.99. You can watch HD and 4K content with an upgraded subscription. If you like to watch comedy and action anime, Netflix is the best choice. 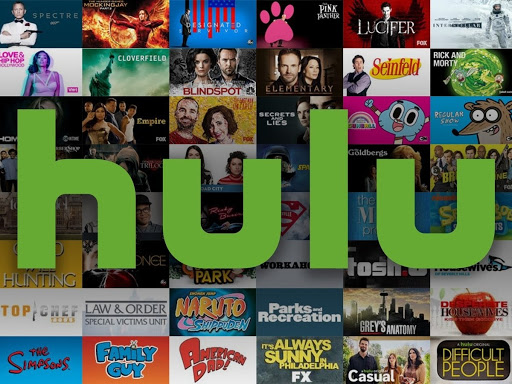 Hulu is another free anime streaming platform. Just like Netflix, Hulu also has a lot of anime shows and dramas. For a premium account, you need to pay $11.99. You can get access to Hulu for $7.99, but it won’t remove ads. You cannot watch anime shows from Funimation on Hulu too as Hulu signed a partnership with Fumanitation in 2018. Hulu also does not have complete shows like Netflix. But it also offers audio and subtitles as separate options.

The only catch in using Hulu is that it is only available in the US. But for people out of the US, you can get access to Hulu using Vpn. 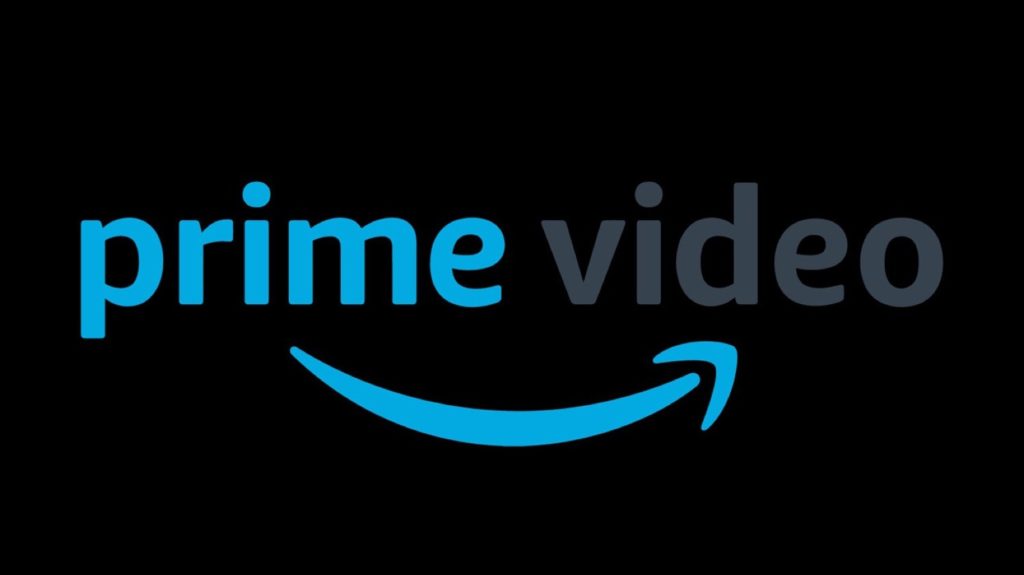 Amazon Prime Video does not have many anime series but you can still enjoy lengthy anime movies, for example, Grave of the Fireflies and The Red Turtle or Your Name. If you have Amazon Prime Video, you can connect Funimation to your amazon account for $5.99, £4.99, and AU$5.99 a month.

Best anime shows streaming on Amazon Prime Video: Boy and the Beast, The Red Turtle, Mary, and the Witch’s Flower, Grave of the Fireflies, and Your Name 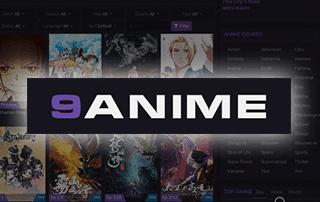 9anime holds its place firmly in the list of anime streaming Australia. It is one of the best anime streaming sites to enjoy premium high-quality content. 9anime site dubs its anime content in English for people all over the world to understand better.

Being a free anime streaming site, you can watch any anime show for free without paying a single penny. 9anime is available in Australia, United States, United Kingdom, the Philippines, Canada, Netherlands, Malaysia, Singapore, and other regions.

Best anime shows streaming on 9anime: Boy and the Beast, The Red Turtle, Mary, and the Witch’s Flower, Grave of the Fireflies, and Your Name. 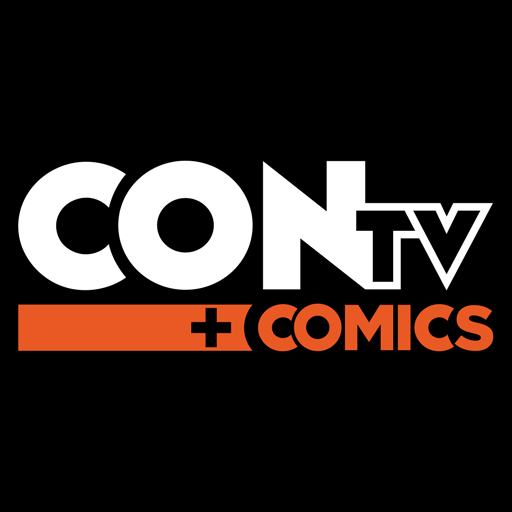 CONtv is one the best anime streaming sites for the comic con community. CONtv features content from top anime creators. This streaming site is accessible on many devices making it extremely user-friendly. However, since the content is free of charge, the site uses several ads which can be annoying for the users. This site is currently only available in the US, but you can access it via VPN from anywhere in the globe. 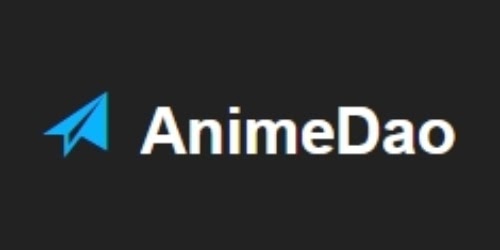 AnimeDao is right up there among the top anime streaming sites. You get access to a lot of anime shows and movies in both Japanese as well as in English. It is another free anime streaming site that pays attention to its user experience. You can watch any anime show on this platform without worrying about the subscription.

You can search for anime movies or shows in alphabetical order making the whole process a lot more systematic. You are also given the option to watch shows with subtitles on AnimeDao. The website is currently available in the United States, Singapore, Philippines, and United Kingdom. 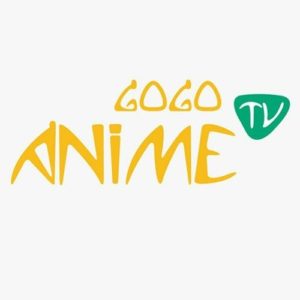 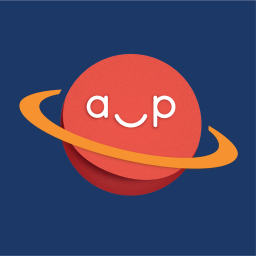 Anime-Planet is another free anime streaming platform with a lot of classic and premium content. It is a good anime streaming site, as it is accessible in many regions and has thousands of high-quality engaging content.

Anime-Planet gives recommendations to its viewers regarding top-rated animes. It gives viewers a feature to make lists of the anime shows which they have watched, will watch, won’t watch, etc making the platform super interactive and fun. 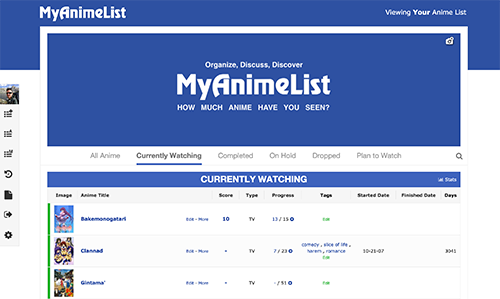 My Anime List is also listed in the list of anime streaming Australia. It is a free anime website where you can watch anime shows and movies of your favorite genre. My Anime List allows its viewers to give reviews on the show they watch which also helps other users of the platform make an informed decision about their choice of content. This anime streaming site can be accessed worldwide and one of the most attractive features of the platform is that it sends its viewers notifications for the latest upcoming shows and movies. 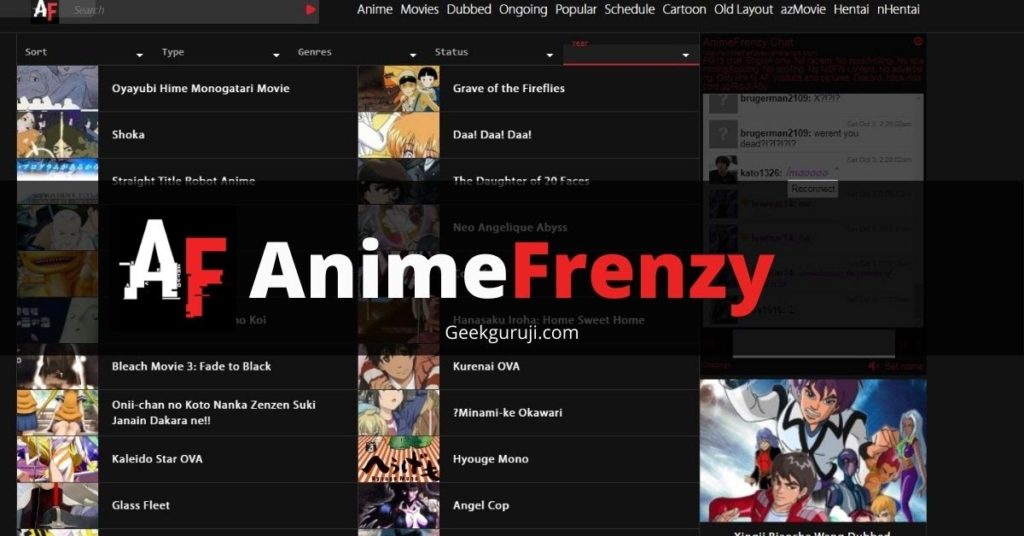 You do not need to have a VPN to access this site. All you need is a good internet connection. It is a legal website and is safe for you to use. This anime streaming site is also free so you do not have to pay a subscription fee to watch your favorite anime shows and movies. You can also download the videos on AnimeFrenzy. 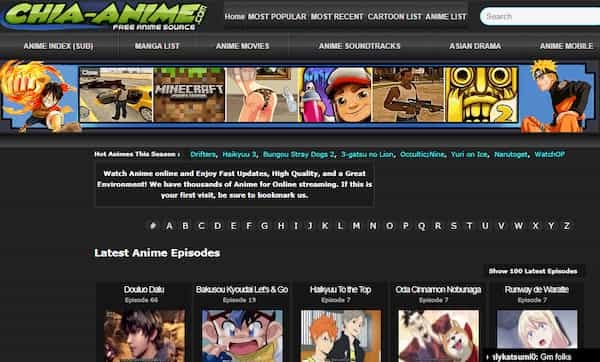 The platform has a tremendous collection of anime shows including dramas, movies, and even Asian dramas. You can also watch Japanese anime shows. The site also provides you with an option of subtitles which is a huge plus for most people.

Tubi-tv also offers anime streaming services. Tubi-tv can be accessed only in Mexico, United States, the Philippines, India, Australia, and Canada. You can search for anime shows, movies, and dramas. It is available on most devices. You can search for Japanese shows. Tubi-tv allows its viewers to avail themselves of the option of subtitles too.  Tubi tv is also among the legal sites which offer anime streaming services. You can enjoy your favorite anime movies or shows without any inconvenience. Tubi tv has a lot of the latest anime shows and dramas. Tubi tv is free. You do not have to pay any subscriptions to watch videos on it. They also have a free app.

Soul Anime is also listed among the best anime streaming sites Australia. You can enjoy your favorite anime shows without interruption. The platform has collections of one of the most popular and hard-to-find shows like dragon ball heroes, black clover, and new fairy tale series.

You can watch either dubbed or subtitled versions of almost everything. Soul anime also keeps sending you notifications about the latest episodes and gives you recommendations which is a plus for anime enthusiasts who like to stay up to date. 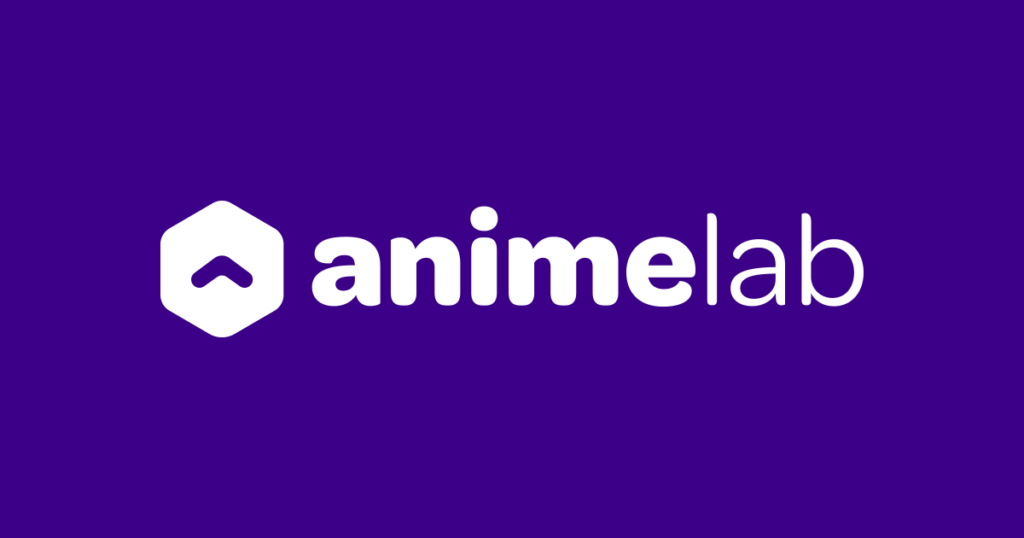 Anime Lab is among the top anime streaming sites. You can watch shows, movies, and dramas in any genre on any device which makes this platform a great pick for people who are always on the go.

Currently, Anime Lab can only be accessed in New Zealand and Australia. This website is one of the best anime streaming Australia. It is a free website so you do not have to pay a penny. 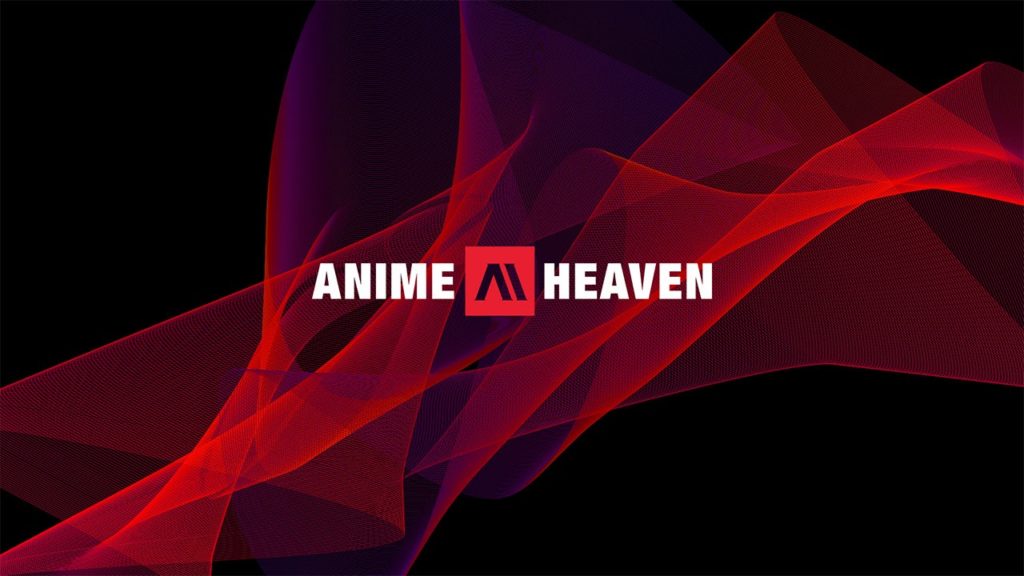 AnimeTake has been listed among the best anime streaming sites. AnimeTake allows its viewers to watch movies and shows without any inconvenience of ads and buffering. You can watch anime on this site from anywhere in the world. AnimeTake also offers both dubbed and subtitled videos. 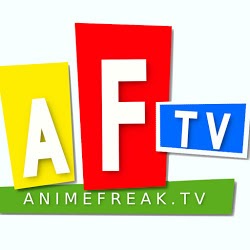