Buying a cheap VPN for Australia doesn’t always have to be a compromise on speed, security, or usability. You can get plenty of good VPNs on a budget if you know where to look for the right information. This guide covers the six best cheap VPNs for Australia and walks you through their features and main highlights.

If you’re strapped for time and looking for recommendations on the go, here’s a quick summary of the top six cheap Australian VPN services in April 2022:

90% percent of consumers expect VPNs to cost less than $10 per month. [Source: au.pcmag.com].

That should hardly come as a surprise.

If you are already paying $80+ per month for your home internet connection, which is what most people pay here in Australia, spending even a budgie on a VPN plan can feel like flexing your pockets too far.

Does that mean you should make do with a low-tier VPN service if you can’t find a high-quality one that fits your wallet?

Premium VPNs aren’t always expensive. In fact, in some cases, they can be quite cheap—as cheap as a short latte at Starbucks. The secret to getting them is choosing a long-term subscription plan.

So what are the best cheap VPN services for Australia?

Below we have listed our six favorite cheap VPN services for Australia. They offer worldwide connectivity and keep your communications private and secure. The best part is they come with a minimum 30-day money-back guarantee. Change your mind, and a full refund is yours. Surfshark and NordVPN also offer a one-week free trial.

Surfshark is the best cheap VPN service based in the British Virgin Islands and has over 3200 servers in 62 countries worldwide. It provides coverage in all major regions, including North America, South America, Central America, Europe, Oceania, Asia, and Africa.

The company uses robust tunneling protocols such as OpenVPN, IKEv2, IPsec, and Shadowshocks to securely transmit your data over the internet. For encryption, it provides two options: i) Chacha20Poly1305 standard, and ii) AES-256-GCM standard. 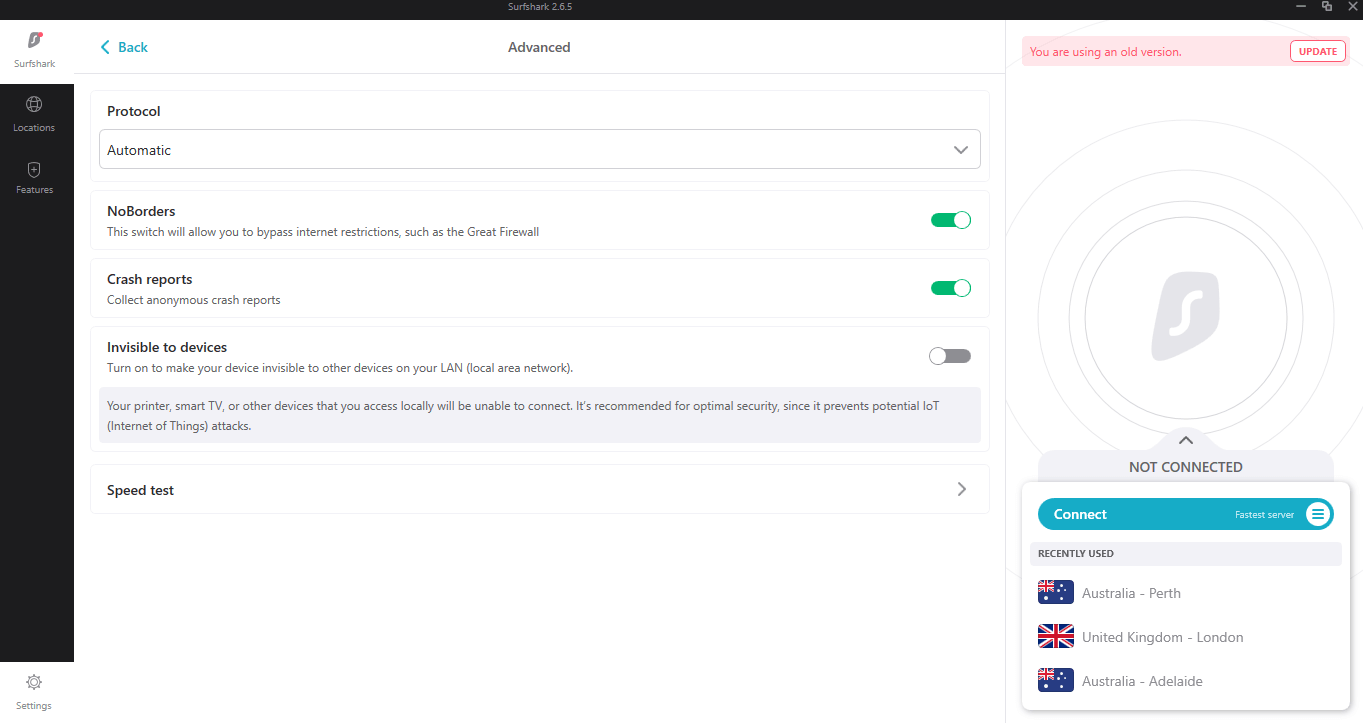 Surfshark does not log any information concerning your online activities and provides complete protection against IP, DNS, and WebRTC leaks.

Surfshark offers clients for Windows, Mac, Android, iOS, Apple TV, Fire TV, and other streaming devices and smart TVs. You can even set it up on your Linux computer, PS4, Xbox One, or home router. The best part? It supports unlimited simultaneous connections.

Surfshark provides decent torrent support and seamlessly connects to uTorrent, BitTorrent, and streaming players such as VLC and PopcornTime. So if you are looking for a good torrent VPN, then Surfshark is one of the top options.

Surfshark could do with a revamped Android app

Why we love Surfshark:

The cheapest VPN service that unblocks all leading streaming platforms

NordVPN is a Panama-based VPN service, operating over 5000 servers in more than 60 countries worldwide. It provides coverage in all major regions, including The Americas, Europe, Middle East, Africa, Asia, and Oceania. 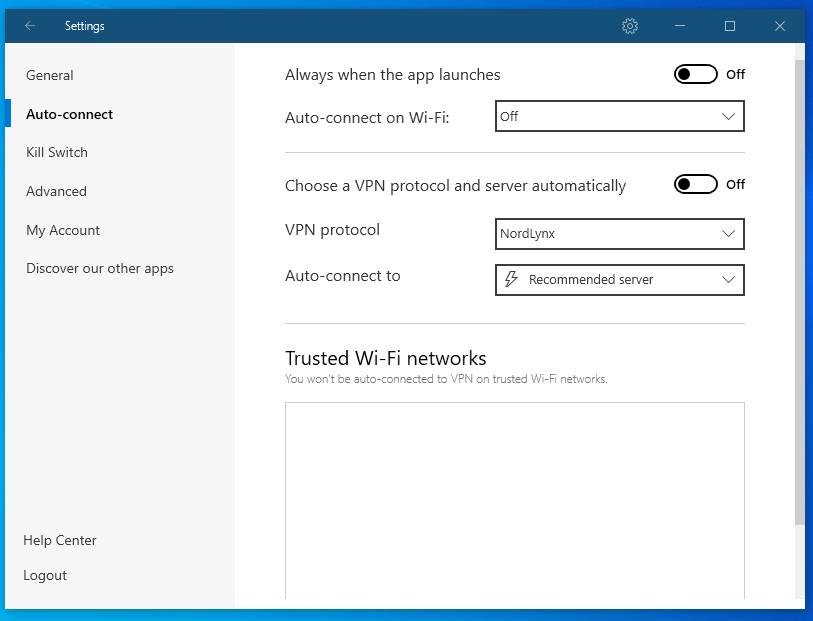 NordVPN is a 100% no logs VPN and does not record any online activities or information that can be used to trace to your specifics. It also provides a full-proof IP, DNS, and Web RTC leak protection.

Additional security and privacy features offered by NordVPN include:

NordVPN supports a great variety of platforms, including Windows, Mac, Android, iOS, Linux, routers Android TV, and Amazon Fire Sticks. You can connect up to six devices on a single NordVPN account simultaneously.

NordVPN offers over 4000 specialized P2P servers, making it the best cheap VPN for torrenting in the market. These servers are fast, secure, and free of bandwidth limits. You can use them to download your favorite torrents and magnets anonymously.

Why we love NordVPN:

The best cheap VPN with smart features. Get connection options in 88 countries around the world for as low as AUD AU$3.36/mo (US$ 2.29/mo) .

CyberGhost is based in Romania and operates 6700+ servers worldwide, one of the largest server parks in the VPN industry. It covers all major regions, including North America, Central America, South America, Europe, Asia, Africa, the Middle East, and Oceania.

The company uses robust tunneling protocols like IKEv2, OpenVPN, and L2TP/IPSec to secure your traffic over the internet. WireGuard is available for Linux users. Additionally, a double encryption system renders all potential spoofing attacks ineffective.

CyberGhost maintains a strict no logs operation and does not keep any record of your online activities. It also provides complete protection against DNS, IP, and Web RTC leaks.

Some more security and privacy features offered by the VPN service include:

The streaming support on CyberGhost VPN is decent but the company can do with the addition of more servers. There is a separate list of streaming-friendly servers, which you can access by clicking the “double side arrow” on the app’s main screen. We really like this feature as it makes the app easy to use.

Why we love CyberGhost VPN:

Great server depth at a low price, perfect for beginners thanks to its user-friendly interface

The best cheap VPN service for bypassing censorship. Offers easy access to countries like China and Russia for just $2.50 per month. 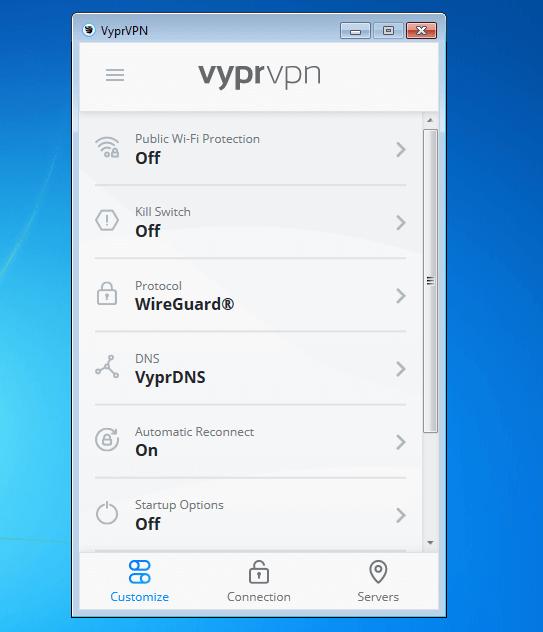 VyprVPN has majorly overhauled its privacy policy in the last couple of years and shifted to zero-log operations. It also provides a full-proof DNS, IP, and Web RTC leak protection.

VyprVPN supports a wide range of devices. You can install and run VyprVPN on Windows, Mac, Linux, Android, iOS, routers, and Android TV. The VPN service allows you to connect up to five devices on a single account simultaneously.

VyprVPN does a decent job at streaming, allowing you to watch Netflix, Hulu, BBC UK, Disney+, ITV, Channel 4, and Amazon Prime from Australia. Additionally, it also offers support for Australian streaming services such as Foxtel Now and Binge.

VyprVPN allows you to share files via BitTorrent or P2P, regardless of the server you are on. This comes as a pleasant surprise as most VPN services limit your torrent support to specific servers.

You can get VyprVPN for $2.50 per month on a 2-year plan. The plan comes with a 30-day money-back guarantee.

Why we love VyprVPN:

The best cheap VPN service for privacy lovers. Get a reserved IP address in a country of your choice for as low as $4.16 per month.

PureVPN is based in Hong Kong and operates more than 6500+ servers in 140+ countries worldwide. It covers all major regions, including North America, South America, Central America, Europe, Asia, Africa, and Oceania.

PureVPN is the only VPN service that offers dedicated IPs in the USA, UK, Canada, Germany, Australia, Malta, Hong Kong, and Singapore.

The company uses robust tunneling protocols like OpenVPN, IKEv2, IPsec, SSTP, and PPTP to transmit your data over the internet securely. For encryption, it uses the military-grade AES 256-bit system. 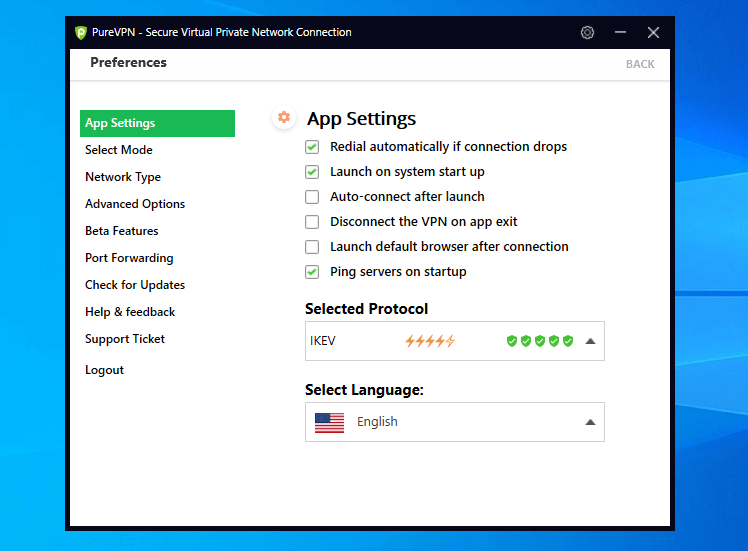 PureVPN does not log your online information and provides complete protection against IP, DNS, and Web RTC leaks. Additional security and privacy features offered by the VPN service include:

PureVPN unblocks almost all leading OTT video platforms. These include American Netflix, BBC iPlayer, YouTube TV, HBO Now, HBO Max, Hotstar, Disney+, Amazon Prime TV, Stan, Foxtel Now, and Binge among others. However, some of the servers work too slow and should be avoided.

Although PureVPN does support torrenting, we are not big fans of its P2P performance. The VPN service allows torrenting on eighty-two servers, located in different parts of the world.

PureVPN needs to optimize its servers for better torrent support. Additionally, it should work on improving its speed.

Why we love PureVPN:

It is the best cheap VPN for getting a dedicated IP for the US, UK, or Australia

The best cheap VPN for Australia with the highest number of servers. Offers excellent streaming support.

Private Internet Access, or PIA, is a US-based VPN service that operates 18000+ live servers in 76 countries worldwide. It provides coverage in all major regions, including The Americas, Europe, Africa, Asia, the Middle East, and Oceania. 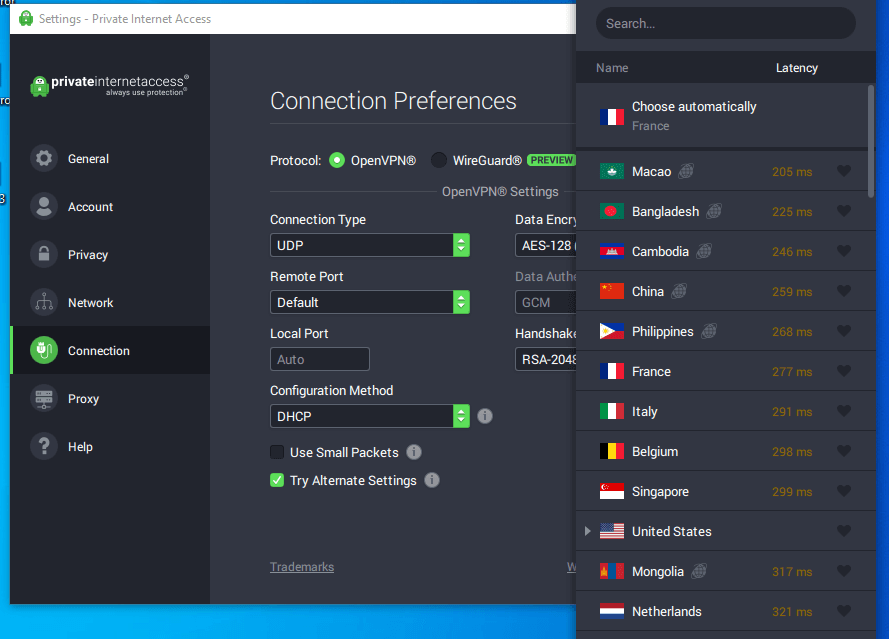 Despite being located in a Five Eyes territory, PIA VPN maintains a 100% no-logs operation. The company explicitly states that no user identifiable information is collected, and every effort is made to ensure online privacy. The VPN service also provides full-proof protection against DNS, IP, and Web RTC leaks.

Private Internet Access supports a wide range of operating systems. You can install and run PIA VPN on your Mac, Windows, Linux, Android, or iOS devices. You can even set it up on your home router if you want. The service allows up to ten simultaneous connections on a single account.

PIA VPN is one of the best Netflix VPNs for Australia. It unblocks three Netflix libraries, including Netflix USA. You get to choose from eleven US-based server locations that allow you to watch your favourite American Netflix shows and movies without a hitch.

PIA VPN does allow you to download torrents and magnets, without restricting you to specific servers. That said, it lacks the speed and consistency to be considered a legit option for torrenting.

Why we love PIA VPN:

It is the best cheap VPN service with the highest number of servers, perfect for internet raiders

Shopping on a budget doesn’t necessarily mean you need to put up with a sluggish, slow VPN service. There are many cheap VPNs out there that offer fast speed and stable connections. To help you understand what speeds you can expect when subscribing to a low-cost VPN service, we have put together a speed table for the VPNs recommended in this guide below:

Security with cheap VPNs varies case by case. Some cheap VPNs are safe while some are not. To be honest, it’s not even about the price tag here. We know many premium VPNs that are quite useless when it comes to securing your online communications. The best practice is to evaluate the VPN service you are interested in and check what protocols and encryption mechanisms it has in place to secure your web traffic.

It could be tempting to choose a free VPN over a cheap (or paid) VPN service. After all, who doesn’t like free stuff? We all do. But truth be told, most free VPNs lack the sophistication necessary to perform tasks such as downloading torrent files, bypassing government censorship, or even unblocking Netflix. Besides that, free VPNs often have security loopholes and can be unsafe if you are not careful. In contrast, properly vetted cheap VPNs (like the ones we have listed above) can help you surf the web anonymously without compromising on performance, features, or security.

Are VPNs legal in Australia?

VPNs are completely legal in Australia. You can use them to watch your favourite shows and movies, browse the internet, play games, download torrent files, and get discounts while shopping online without any worries. If you are interested in learning more about VPNs in Australia, check out this guide we wrote earlier.

VPNs come in all shapes and sizes, and the best ones aren’t always expensive. Now that you know the best cheap VPN providers for Australia, why not give them a try? Remember, if you are unsatisfied with your experience, you can always ask for a refund.