How to Get American Netflix on Android in Australia in 2022

Few things frustrate me more than getting a new Netflix recommendation from one of your friends only to find out that it’s unavailable for viewing in Australia. Due to licensing and TV rights, some of the best upcoming and exciting shows are only available on American Netflix. Don’t worry; viewing these shows is entirely possible and only requires a VPN which is best for Netflix.

A virtual private network (or VPN for short) changes the location of your Android device to the USA and lets you sneak past the watchful content guards to stream your favorite Netflix US titles from Australia.

Since you are here, assuming you already own a Netflix account and have the app installed on your Android device is safe. If not, visit Netflix AU and subscribe by following the given instructions. We recommend using your PC or laptop for this task.

Now that we’ve gotten the basic stuff out of the way, let’s learn more about how to get American Netflix in Australia on your Android device.

How a VPN unblocks American Netflix on Android

A VPN is a piece of software that masks your IP address by routing your Android traffic through a remote (US) server. As your traffic source switches to the remote server, your IP address changes too. Netflix looks at your “masked” geo-details and thinks you’re trying to sign in from the United States. And so, it lifts off the region blocks and allows you in. All the communication between your Android device and the remote server is fully encrypted, making it almost impossible for anyone to trace your real identity.

Unsurprisingly, Netflix is also aware of this loophole in its content serving system and has recently brought improvements to detect VPN login attempts. This is why you should only opt for the most reliable and trusted VPN providers in the market if you want to watch American Netflix from Australia.

Best VPNs to Get American Netflix on Android in Australia

After conducting nearly 200+ tests and analyzing over 70 VPN providers, we can confidently say that the following three Android VPN services are the best for unblocking Netflix. 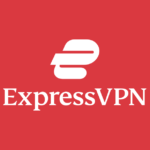 ExpressVPN is our #1 choice. It offers consistent and reliable service at a modest price tag of AU$9.53/mo (US$ 6.67/mo) . You get 24 server locations in the United States.

Thanks to its proprietary Lightway tunneling protocol, ExpressVPN delivers fast speeds for your daily Netflix fix. We tested its US servers and recorded an average of 53.8 Mbps on a 65 Mbps connection. These high-speed scores allow ExpressVPN to outperform other VPNs on the market while opening the doorway for UHD streaming.

Other areas where ExpressVPN shines are online anonymity and security owing to the use of military-grade encryption algorithms, diskless servers, and a no-logs policy. You also get complete DNS leak protection and an automatic kill switch to prevent accidental IP spills.

The ExpressVPN Android app is easy-to-use and features a clean interface. Users can operate the app on multiple devices, including Android tablets, phones, and TV systems. The British Virgin Islands-based VPN provider allows a limit of five connections on a single account.

Not only for Android or iOS, but ExpressVPN also has a powerful server to unblock Eurosport on Firestick as well.

Finally, all ExpressVPN purchases come secured with a 30-day refund guarantee. So if you have a bad experience, you can cancel your subscription and get your full payment back.

Like ExpressVPN, Surfshark is also based in the British Virgin Islands. It takes the #2 spot on our list mainly due to its low cost. You can get Surfshark for just AU$3.56/mo (US$ 2.49/mo) , making it the cheapest VPN solution on the market.

Surfshark lets Android users view Netflix USA via high-performing servers. You get 500+ servers in the United States, spread across 24 cities. These servers clock an average of 46.8 Mbps on a 65 Mbps internet connection. Not as fast as ExpressVPN but still quite good. It also allows unlimited connections on a single account, which makes it ideal for large households.

Surfshark has recently added WireGuard tunneling protocol to its protocol inventory. The latter is considered the safest protocol ever developed. In addition to that, you get AES-256 encryption, ad-blocker, NoBorders mode, Camouflage mode, kill switch, no logs policy, and multi-hop VPN protection.

Surfshark also offers a 30-day refund period along with an exclusive 7-day free trial for Android users making it one of the best free trial VPNs. Sign up without worrying about any financial risks.

NordVPN is another great VPN service for streaming American Netflix on Android from Australia. It has 1500+ US servers, the highest of any VPN on this list. More servers mean more switching options, which can prove to be a handful on high traffic days.

We tested the servers on the Ookla Speed Test tool. On average, we recorded speeds of around 49 Mbps on a 65 Mbps connection. That’s pretty impressive. A few servers lacked stability though, as they kept disconnecting frequently. But this is normal. All in all, we were pleased with our Netflix streaming experience.

Based in Panama, NordVPN maintains a 100% no logs operation. It offers NordLynx tunneling protocol (which is built on the WireGuard framework), a built-in malware and ad blocker, VPN kill switch, and tap jacking protection. Its Android app comes with a map-based interface. Navigate to a country of your choice and tap on it to view the list of available servers. Alternatively, you can swipe up on the main screen to search for a location. The app is supported on all Android devices, including phone, tablet, and TV systems.

You can get NordVPN for AU$4.99/mo (US$ 3.49/mo)  with a 30-day money-back guarantee. If you download the app from the Play Store, you get an exclusive 7-day free trial. NordVPN lets you connect up to six devices at the same time.

Can I watch American Netflix on my Android without the app?

Yes, you can. Simply open your web browser, head over to the Netflix website, log in to your account, and start watching your favourite movies and shows on your Android device. Make sure you’re connected to the VPN before you launch the Netflix website. Otherwise, Netflix will serve you local content.

Netflix app not working on Android phone – What to do?

If the Netflix app is not working on your Android phone, it can be due to several reasons. Try the following fixes:

What Android OS version do I need to have to run Netflix?

You need to have Android version 5.0 or later to run the Netflix app on your Android device.

How much mobile data does Netflix use?

Data usage depends on the video resolution. Since the automatic setting is what’s enabled for most users, a rough estimate would be around 1GB of data every 4 hours.

To sum it all up, Australian Netflix users can access the US library on their Android device using a reliable VPN service. ExpressVPN is our top choice but Surfshark and NordVPN are great alternatives too.

Moreover, if you are short on money, don’t worry because we have got you covered. Read our free Australian VPNs guide to select one of these quality free VPNs to satiate your Netflix cravings