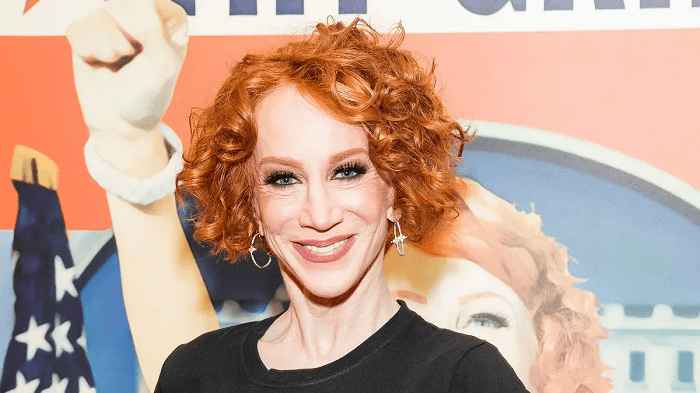 Kathy Griffin, an award-winning US comedian, has decided not to take narcotic painkillers after cancer surgery. Griffin shared an update with her fans on Instagram regarding her health after undergoing stage 1 lung cancer surgery.

To be honest, this cancer surgery was a little more than I had anticipated.

Tonight will be my first night without any narcotic pain killers. Hello Tylenol, my new best friend! The last time I was in a hospital was in June 2020 when I tried to take my life and overdosed on prescription pills.

With over a year clean and drug-free, I now know I can do this and anything I want without those devil pills. Y’know what? I fear drugs and addiction more than I fear cancer. So I think I’ll be ok.

The 60-year old comedian revealed that she was diagnosed with stage 1 lung cancer last week. On Monday, she took on Instagram to share this news with her fans, although she never smoked cigarettes.

I’ve got to tell you guys something. I have cancer.  I’m going to go into surgery to have half of my left lung removed. Yes, I have lung cancer even though I’ve never smoked!

The doctors are very optimistic as it is stage one and contained to my left lung. Hopefully no chemo or radiation after this and I should have normal function with my breathing.

I should be up and running around as usual in a month or less. It’s been a helluva 4 years, trying to get back to work, making you guys laugh and entertaining you, but I’m gonna be just fine.

Griffin also urged her fans that they should get vaccinated and take good care of their health.

Celebrities have supported Kathy Griffin during these challenging times

Actor Mia Farrow has supported Griffin after the comedian disclosed the news, she tweeted:

A major scary ordeal but they will remove it and you will be just fine. In the meantime I will keep you in my prayers dear Kathy.

A major, scary ordeal but they will remove it and you will be just fine. In the meantime i will keep you in my prayers dear Kathy.

You’re a fighter. Cancer doesn’t have a chance!

Unfortunately, Griffin had to bear the loss of her two siblings who died because of cancer in recent years. That said, she now wants to live a healthy life after dealing with issues like pill addiction and suicide.

During an interview with ABC News, she revealed,

The irony is not lost on me that, a little over a year ago, all I wanted to do was die. And now, all I wanna do is live.

I started thinking about suicide more and more as I got into the pill addiction, and it became almost an obsessive thought.

I started really convincing myself it was a good decision. I got my living revocable trust in order. I had all my ducks in a row. I wrote the note – the whole thing.

Griffin made a suicide attempt during the last year, unfortunately.

The story of Kathy Griffin is an eye-opener for those who take things for granted in life. We must refrain ourselves from drug addiction and other harmful things that can spoil our health a great deal.

In reality, life is too short. So, we should live it to the fullest by keeping ourselves healthy all the time.